The CT14 Servo has been most widely used Servo large ID core cutter in North America since 1994. Due to its rugged frame and heavy duty drive it delivers amazing accuracy, speed, versatility and most importantly longevity. It has a quick change over between core ID (less than 5 minutes) and expandable chucks that will allow 2-3 different sizes. It is built on 1/4" tubular steel frame with heavy-duty components. The CT14 Servo will continue to produce perfectly cut cores quickly and accurately for years to come. This machine is user friendly, largely due to its fully automated cutting cycle.

The operator can pre-program the cut widths on the touch screen, allowing an easy change to the cut width length on a single parent core. The specifications can be programmed with up to 10 cut widths, 999 cuts per width and up to 50 jobs can be saved within those parameters. Once the parameters are set, the operator is ready to load a parent core. The operator first secures the core to the expandable chuck.  The operator then presses the core load push button.  Once the core is loaded, the operator moves the joystick to the auto position and the machine will begin to advance and cut cores of the length that is selected in the run screen. The cores will continue to be cut until the entered count value is exceeded or the parent core is used up.  The operator will then load the next core and the machine will again take over the cutting process. 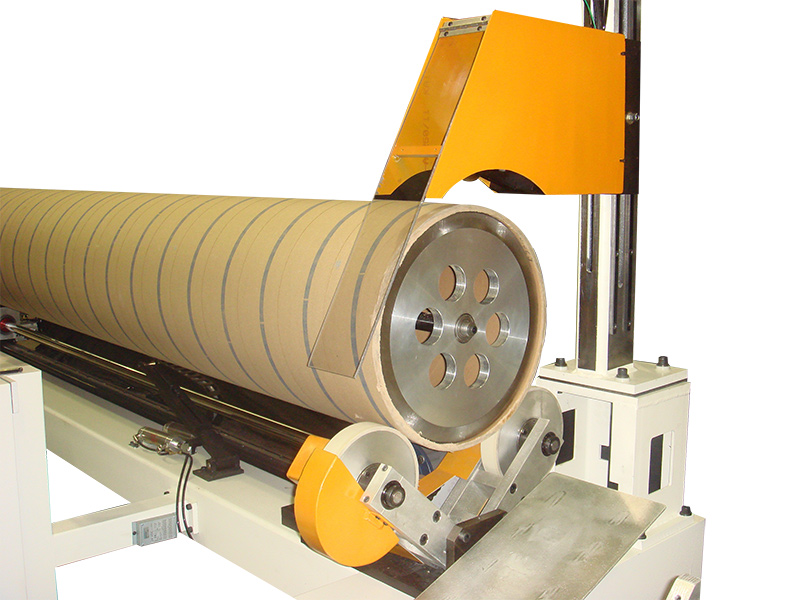